Pop Ups of a Different Kind

Lena Steinkühler New York Biotopes lovingly showcases NYC with abstract plants and creatures mutating before your eyes. Her film, a graduation project, was a reaction to, in her words, insufficient living space for plants and creatures. “These creatures and plants, partly mechanical, partly organically in appearance, spread more and more over the city and fill it up with life.” It’s a stunning film.

Check Out the 2.0 Survey Results 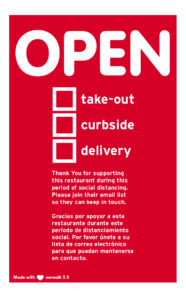